P.U.B.
THE PEOPLE'S UNION OF BRITAIN

TAKING BACK SOVEREIGNTY THROUGH COMMON LAW

23rd  August 2022
Listen very carefully and you can hear the squelching of slippery arse cheeks in Whitehall and The Square Mile, as ‘the Cameron faction’ and their City of London puppet-masters scurry around the opulent halls of the burning House of Rothschild, the self-appointed and formerly unaccountable dictators of ‘Treasury Orthodoxy’, which Jacob Rees-Mogg implicitly called out on GB News as the primary cause of Britain’s current insolvency and an economy which cannot survive without pumping in more of the debt-based credit which has already bankrupted this once prosperous and largely self-sufficient failed nation state.
Read full update here

See the films they do not want you to see

Here lies The Three Faced Terrorist Part Two, the truly incendiary, heavily censored investigation into the Christchurch mosque shootings on 15 March 2019, which the NWO really don’t want you to see.
See on The Bernician.net
Part One link below 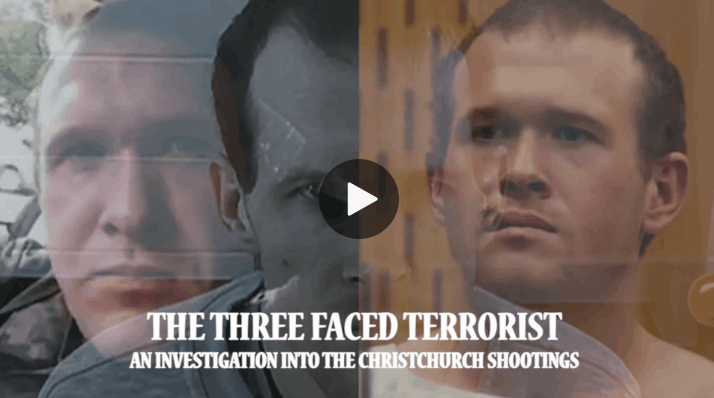 Here lies The Three Faced Terrorist Part One, the truly incendiary, heavily censored investigation into the Christchurch mosque shootings on 15 March 2019, which the NWO really don’t want you to see.
Watch film here

Here lies an effortlessly incendiary letter by my brother in arms, Dave Laity, which was served yesterday upon Steven Crombie, Senior Manager Customer Services at Lloyds Banking Group, in relation to the myriad of institutionalised frauds the directors stand accused of.
Read full update here

Join the PUB, be the change you have always wanted in the world

Some of the best interviews
with Michael O'Bernicia

How to really piss them off and win

1st  February 2022
On the 16th of March 2020, whilst on my way to my daughter’s Mixed Martial Arts competition, I made the video below, in which I called out the entire COVID-1984 pantomime as a cover story for 5G Genocide..... Full article here 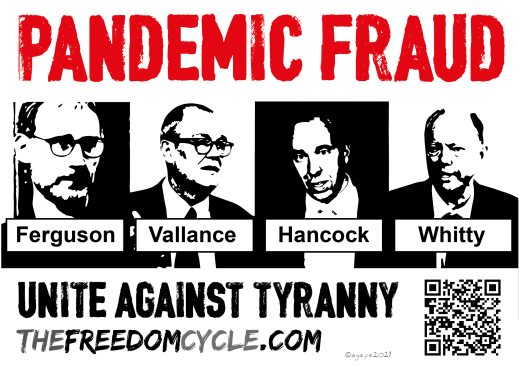 Taking Down the Old   Establishing The New

Taking the Government, one MP at a Time

The prosecution of the criminally fraudulent actions enacted by both members of the British Parliament and their aiders and abetters. An action led by The Peoples Union of Britain aims to expose the fraud, treason, genocide and mass murder perpetrated in this country, for agendas deeply nefarious, reflecting a global agenda of depopulation and a Global Reset of tyrannical proportions that ought to shock every human being

Building towards The Sovereign Era

Taking down always needs rebuilding, otherwise the void created allows chaos to ensue. Building towards a world where equity, peace and justice is at its heart, is such a build. Using the ever existing Common Law,  itself the expression of Natural Law has always overridden any lesser law structure. Now it takes its rightful place as the single just and rightful law for and of humanity. With the structure and globally acknowledged Universal Community Trust Treaty to shelter under, we enter the Sovereign Era

Come to the PUB, Join Here!

The Common Law has always been the bedrock of our land. A law that is bonded to Natural Law. No higher law can there be for humanity, yet for over 1000 yrs it has been ignored, usurped, covered and paid mere lip service, in the pursuit of one tyranny or another. The People's Union of Britain has one aim, and one aim only - to return these Isles to the protection and lawful covenant afforded by Common Law. Under the global protection of the Universal Community Trust Treaty we shall see the roll out and implementation of justice, peace, equity and unalienable rights of a sovereign People, across these isles.

The Power of the People is rising
In the North, South, East and West of these ancient isles
There is nothing criminal government can do to stop it
When the rallying cry comes
We are ready as the People's Union of Britain.
#TotalitarianNonCompliance with tyranny
Nationwide #NonViolentDirectAction
Under the protection of #MagnaCarta2020

Your Right to Be Non Compliant
under the Common Law

A merry-go-round of the same speakers, saying the same things, without any realistic strategy being laid out is a recipe of disaster.

To make matters worse, the leaders of the fake resistance have almost all been hand picked by MI5, for the purposes of leading everybody into Common Purpose controlled 'real democracy', committed to achieving UN sustainable development goals, including dramatic population reduction.

So what strategies would have force and effect?

A whole nation refusing to pay taxes to the government that has betrayed them?
That's a different matter.
Every man, woman and child refusing to go to work, school and university, in a series of national strikes?
Now that would bring the wheels of tyranny to a halt.

Every government collaborator being held liable for crimes ancillary to fraud, treason and genocide?
That would give every unlawful oath keepers something to think about.

All government mail, bills and bank letters being returned to sender unopened?
That would create a big problem enforcing COVID fines, as well as fraudulent mortgage possession claims.

All violent Serco mercenaries, employed as fake riot police, tasting the Common Law right to self-defence?
That would make them hesitate before taking the next treacherous job they are offered.

Restoring the Common Law to this currently lawless land, using Magna Carta 2020 to remove criminal government from office and hold those responsible accountable?
That is the only realistic peaceful resolution to the tyranny of COVID-1984.

Do you have any really creative, all encompassing ideas as to how mass action along these lines could look like?
Let us know NOW! We are instigating the PUB

On the 21st December 2021, when the clock strikes 7pm, you, your family, neighbours, friends, and millions of complete strangers from every city, town and village in Britain will go out into the street or square or park or field or garden, wherever you are, whatever you’re supposed to be doing… and join a nationwide chorus of “I’m as mad as hell, and I’m not going to take it anymore!“

We will then all fall silent for one solemn minute in memory of every grandma and grandad they have murdered with Midazolam in the care homes, the hospitals and in their own beds… and for the children who have died of heart failure within weeks of being jabbed at school with an experimental DNA-altering toxic soup, in material breach of the Nuremberg Code.

This will mark the beginning of the demise of the Babylonian cult which has enslaved the peoples of the world in a system rigged to protect thieves, liars and mass murderers from the consequences of their heinous crimes.

Remember, remember the 21st of December, the day that marks the start of no more.

From that day onwards, the British people will refuse en-masse, no matter what the cost, to comply with the diktats of tyrants everywhere, they will remove those tyrants from power post-haste, and they will let justice be done before a common law jury.

Anything less than doing our utmost to bring about that outcome renders us complicit in their myriad crimes against humanity.

ANOTHER "QUICKY" TO GET OUT TO ALL

Tell your local shops, stores and traders that any complicity in these lies will take your business away for good

The simplest method of non compliance, participation is the short word NO! Use it more than ever your life depends on it

Comprehend the true meaning of anarchy. It is a solvent, a means of oiling progress from tyranny

Says it all. Be fearless and on the side of truth

Watch the enlightening video below how the professionals of disruption do it and then earmark a farmer near you and let us know! That Freedom Fighters, is how it works!

Are You Getting the Picture?

We follow the master disruptors!
Why recreate the wheel - just the target will keep everyone laughing till we free ourselves

TOGETHER WE WIN - JOIN US AT THE PUB

THE PUB IS MILLIONS STRONG

WHEN WE CO-ORDINATE MASS NON-COMPLIANCE, NON VIOLENT DIRECT ACTION WE RENDER THE DARK SIDE POWERLESS. ALL THEY HAVE ARE THEIR DIKTATS WE HOLD THE POWER TO SAY
NO! NOT IN OUR NAME!
JOIN US NOW

Glorious and we must all do it fearlessly, as only then do we show who has the power and pack all this idiocy into the toilet!
What do you suggest we do as a non compliant gesture of middle finger to all this? LET US KNOW here

Here's a conversation I had with Mark Devlin this week on that very subject and much more. Please listen and share far and wide.

The Antidote To COVID-1984 is Magna Carta 2020, a new Declaration of Rights. Please watch, like and share this video far and wide.

The Declaration of Rights
Magna Carta 2020