*Truth News* - "Every great Journalist knows the Source must retain excellence, credibility and integrity before disclosure. It's what marked Toto's research out as both top drawer and dangerous for the Elite. It's as true today as then, with far fewer Mainstream Media today adhering this reality." 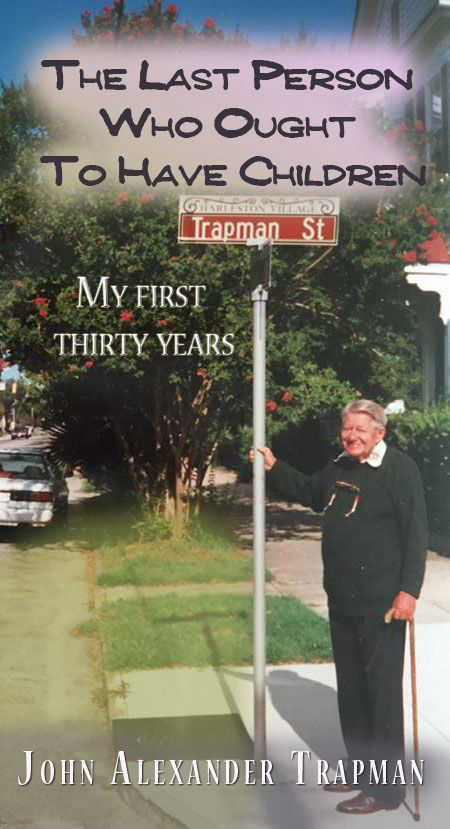 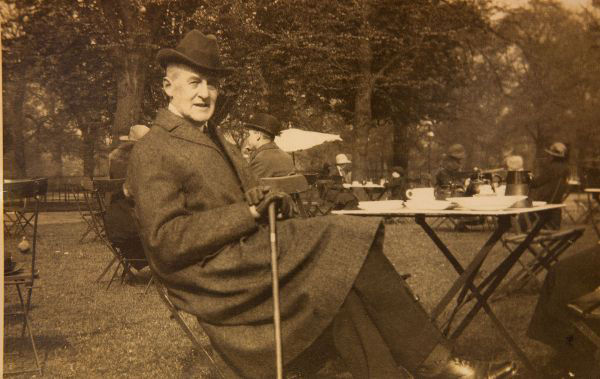 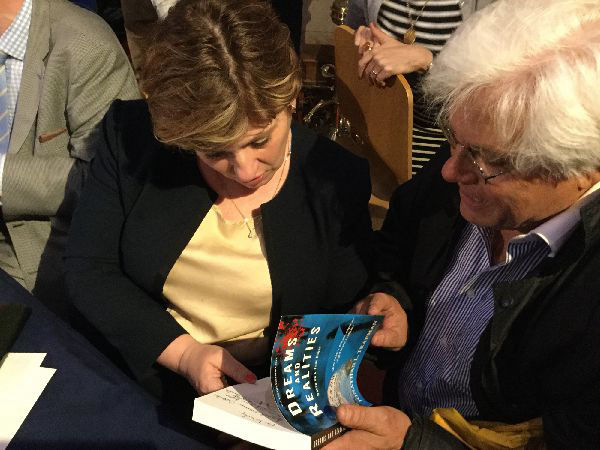 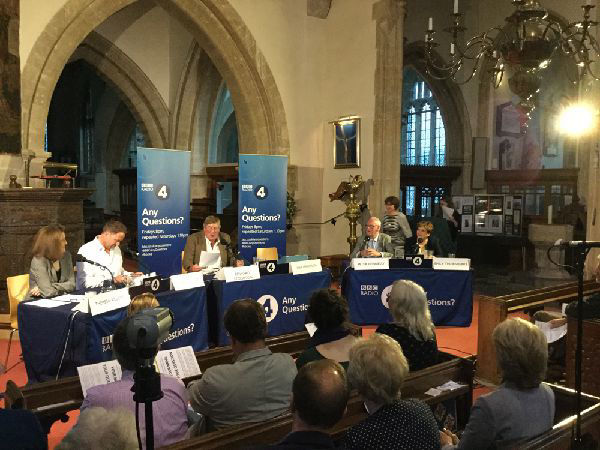 BBC Radio 4
Any Questions ghives an opportunity for Emily Thornberry to get her copy! Listen to the program here 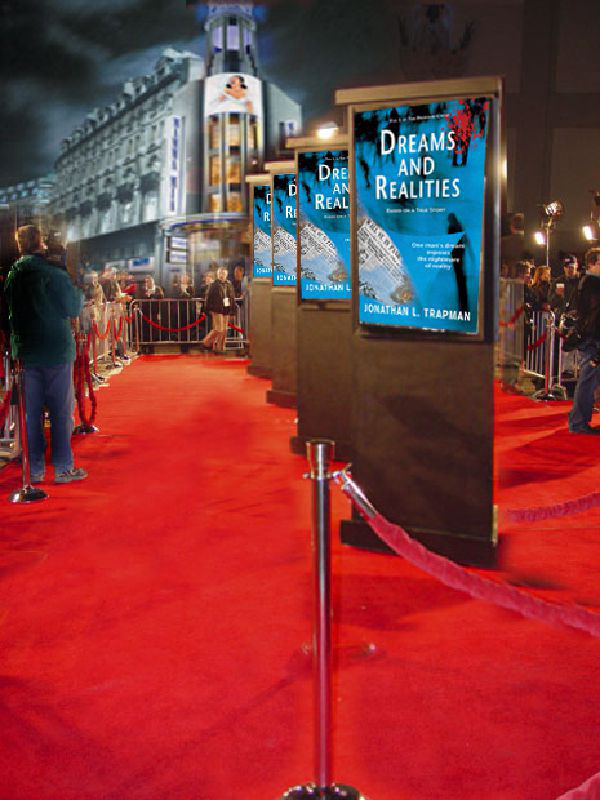 Without dreams the imagination is the poorer... read more 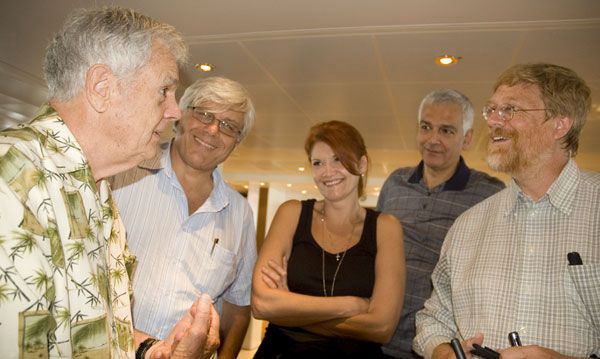 The late, great Larry Wilson (left) who gifted me so much comprehension of the hero's journey.... read more

Toto's parents and siblings each in their own way helped, encouraged and stimulated him to press on with his research...read more

Emily Thornberry, Labour's current Shadow Foreign Secretary was thrilled when Jonathan furnished her with some recess summer reading material to get immersed in. They met at a recent BBC Radio 4 Any Questions session in Somerset UK.

Full of political intrigue, scandal and nefarious goings on she'll feel it might not be much of a break from what she has to contend with across the floor of the Houses of Parliament!

One thing is for sure she was  very touched and happy to  have a cracking read and a bit of yesteryear's truths behind what she is presently challenging and righting for us all today! - One true and integrous political figure in our lives.

She was incredibly touched having her own personally signed copy and it just complements her bubbly, truthful, honest and beautiful person she is that I attributed her with the epithet, a Warrior Outsider, one to whom Toto would have been eternally proud and grateful for!

Get your own signed personal copy here

Jonathan Pie, famous and hilarious mainstream media reporter met with Jonathan L Trapman, author of Dreams and Realities. Well JLT hijacked him at the stage door of his live show in Hampshire.

Social column hacks report they got on famously with reporter Pie demanding he have a copy of Dreams and Realities. Funny really as the protagonist in 'Dreams' is himself a reporter, albeit war reporter and there was no belligerance that evening. Just a huge amount of mirth.

Trapman did report that meeting Tom Walker aka Jonathan Pie was a magnificent moment in the rolling launch of his latest novel.

"You wanna beat the cracked system, the criminal political shenanigans and a corporatocracy way out of control, then slaughter them with humour. It's our best weapon - ridicule! Pie is the master of the moment"   We await with baited breath what Pie reports back on the book!

The Message is in the Screenplay

Without dreams the imagination is the poorer. It was a dream some years ago that led me to realise The Freedom Cycle would end up as classic film fare.

That I had some experience in this department may have encouraged me but gave little substance to being able to deliver. Was that going to hinder my progress?

Damn sure it was not. Since the moment I faced  imminent death aged seventeen, from that moment on I commited myself to life and made the impossible always within range of probability. Never saying No, especially in times of deepest crisis, formulates any vision towards a future reality. Already getting very favourable feedback from the 'Big Boys' and  currying intense interest, due to the subject matter, from the mainstream entertainment industry, Dreams and Realities will however never be placed where 'watering down' is de rigeur and the truth cannot be revealed and told!

In Tim Smit's (he of the Eden Project and Lost Gardens of Heligan fame) famously expounded on utterances on successful intent, the belief in The Law of Future Truths is paramount. That and  immersive action bring results.

The  image (right), like so many on this project is the visalisation of Dreams and Realities into film

Larry Wilson The Great Game of Life - an inspiration

It is not too wild a statement  to say my journey with pen would never have gotten this far or deep without the friendship, understanding and support from one of the very great motivators of modern times - Larry Wilson (left in picture). Bless his departed soul.

Having inspired so many corporate clients to recognise their 'people' to be their truly golden assets and furthering encouragment and means for individuals great and small to maximise their individual potential, our all too brief years of friendship gave both my wife and I golden nuggets of wisdom, advancement and aid on my own hero's journey and the journeys of those heroes within my pages.

Vicky Preston, centre in the image above, carries his mantle forward helping both my wife and I consolidate so much of his truly magnificent teachings.

Without Larry's precious years of connection this opus that is The Freedom Cycle would have been a far, far more challenging mountain range to attempt.

Get Your Signed Copy of Dreams and Realities here

A Family Affair Gets Things Working

Toto's parents and siblings each in their own way helped, encouraged and stimulated him to press on with his research.

William Trapman, his father, (left) led a life of such travel and adventure as to inspire Toto to do likewise. His wife Eliza (Toto's mother,bottom right) was not only a very beautiful catch for William in the Carolinas but served as a feminine pinnacle her son could measure relations with.

Leila and Louis (top right) would become the supporting financial arm allowing Toto to deepen his research and discover hidden secrets and truths - you could say it was a family affair!

Get Your Signed Copy of Dreams and Realities Here

What People Have to Say

"Dreams and Realities is an enthralling tale and if found on the fiction shelf would be a hard one to beat. That it's drawn from a true story is amazing and thrilling."
KATHERINE F.
Actor/Producer
"Brilliantly written. Fascinating set alongside the massive characters of the age and insightful on the historical front. Good stuff!"
CHRIS T.
Corporate Advisor
“A rollocking read from start to finish.”
RICHARD H.
Editor